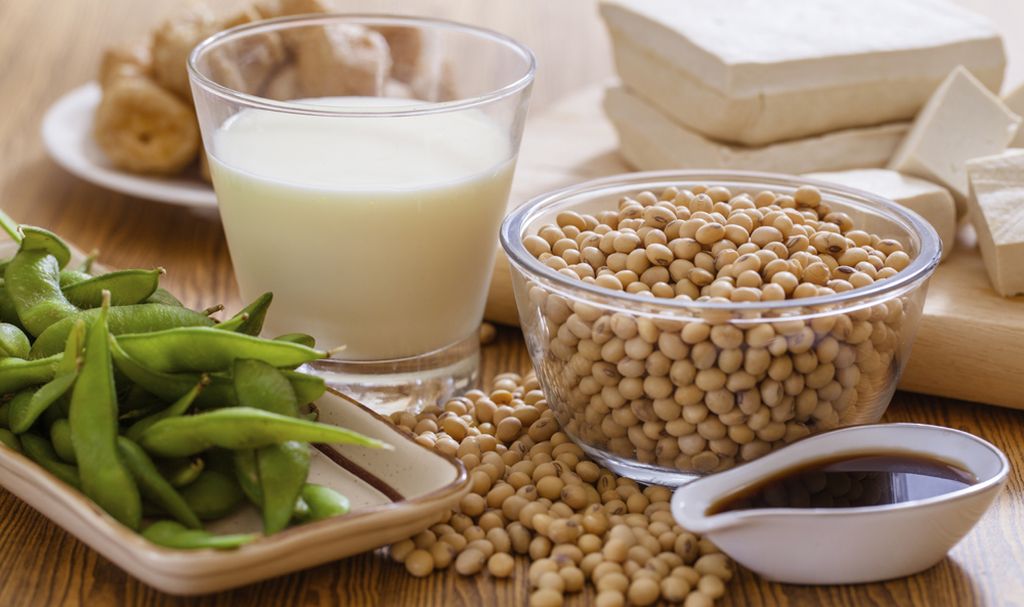 The world we live in is a melting pot of mixed cultures which has resulted in the spread of many ingredients and cuisines. One such example is the soybean, finding its way onto the plates of many individuals, and offering a blend of protein, fibre, fats and phytonutrients (e.g. isoflavones). Despite a long traditional use in Asia and the scientifically proven benefits of soy consumption, vocal soy critics have cast concern over this eminent legume, confusing many people about whether soy is safe or not. Whilst some objections against soy for reasons such as overt allergy are well-founded, anti-soy arguments based on misinterpreted data have tainted the perceived safety of soy; leaving many individuals hesitant on whether to enjoy or avoid it. However, research offers remedies to several soy myths, enabling them to be busted – read on for details:

Fact: Goitrogens are substances that disrupt the production of thyroid hormone by interfering with the uptake of iodine into the thyroid gland. Soy has previously been classified as a goitrogen; however, this was based primarily on observations yielded from in vitro and animal studies,1 which in this instance offer limited relevance to humans due to differing metabolism between human and animals with regards to soy.2 That said, in situations of inadequate dietary iodine intakes, thyroid symptoms caused by this lack may be amplified by simultaneously high intakes of soy.3 Nevertheless, a comprehensive review of 14 human clinical studies provided little evidence that soy exerts anti-thyroid effects in healthy subjects,4 which is further supported by the European Food Safety Authority (EFSA).5

Myth #2: All soy is genetically modified.

Fact: In the past decade, there has been a surge in the production of genetically modified (GM) crops, with soy representing one of those most commonly affected. Genetically modified organisms (GMO) are those whose genetic material has been altered using genetic engineering techniques designed to produce specific traits. It is true that without sufficient data we can’t predict the effects of modified proteins, so selecting non-GMO soy products avoids unknown risks. As such, non-GMO sources of soy are available, and consuming it in this natural and unadulterated wholefood form is always advised for maximal health benefits. The Humble Soybean Manifests in Many Dietary Ways.

Myth #3: You should only eat soy if it’s fermented.

Fact: In early China, soy was traditionally cooked like a grain. Processing of this legume then evolved across different regions of Asia to become a variety of modes like those illustrated in Figure 1. This included fermenting (to create tempeh, miso and natto), sprouting, grinding to make a ‘milk,’ and the pressing of unfermented bean curd to create tofu. Fermentation is especially favored in Korea and Japan for producing strong flavours, however doing so is not the golden rule for soy consumption. Similar to other legumes, simply softening soybeans with moisture and heat (e.g. boiling) causes the hardy components within the bean to denature. This allows the nutrients to then become bioavailable and absorbable, and therefore allow us to attain the benefits from consuming them.

In summary, soy has not always traditionally been fermented, and it is perfectly safe and appropriate to consume it in its unfermented form.

Myth #4: Soy is a phytoestrogen.

As it pertains to soy, experts have corrected the term phytoestrogen, defining the bean instead as a selective oestrogen receptor modulator or ‘SERM’.

Being a SERM, soy communicates with the body similarly to oestrogen as it can bind to what’s known as oestrogen ‘receptors’, which then modulates their activity (the ‘output’). For example, soy isoflavones have been shown to down-regulate oestrogen receptor alpha (ER-α) activity. Given that ER-α is associated with negative events such as tumour growth, SERM compounds (like the isoflavones found in soy) are viewed as beneficial, as they can favourably influence the state of play. What’s more, soy isoflavones also bind to the beneficial oestrogen receptor beta (ER- β), whose activity is associated with protective health benefits in both men and women.9 In summary, a SERM such as soy does not increase oestrogen levels, but balances oestrogen receptor activity, which can lead to more optimal body function.

The Balance of Soy

It’s important to keep in mind that the health benefits of soy, like many wholefoods, are broad. The soybean is much more than just soy isoflavones – it provides additional health-promoting nutrients including protein, fibre, minerals and B vitamins, all nourishing your body in more ways than one. To enjoy some soy as part of a balanced, check out the healthy Tofu and Veggie Stir-Fry recipe below. You too can reap the benefits of this highly versatile legume.