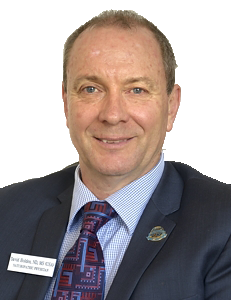 Who is David Holden

David Holden is one of Auckland’s leading Naturopaths with qualifications in Naturopathy, Nutritional BioChemistry, Iridology and is a master Sclerologist and clinical Iridologist. David will be joining us in Quantum Healing Center before July 2017. He will be available to do Skype appointments for you in the mean while. David can help you with most chronic and hard to treat conditions using safe, natural methods.

David has a wealth of experience in Natural Medicine and Natural Therapies to help YOU! He trained in 3 countries spanning 12 years after training as a Scientist / Technician in Microbiology & BioChemistry with the National Health Institute in Wellington in the 1980’s.

He retrained from Scientist to Naturopath during the late 1980’s, 1990’s and early 2000’s in NZ, Australia & the USA.He gained 5 recognised qualifications in Nat Med spanning a wide range of therapies all well proven to help various conditions and medically diagnosed diseases.

He regularly works with top people in Orthodox & Integrative Medicine, Natural Medicine / Natural Therapies and has a wide network of colleagues spanning 3 continents where he trained.

If you want a scientific approach to your health then you have found it!

State-of-the-Art assessments are used to determine baselines for your health, including LBA, Live B|ood Screening, antioxidant levels, thyroid function levels, and the Vitality-Longevity-Antiaging (VLA) test to assess your Biological Age.

David Holden can offer you a health improvement and health maintenance program; whether you want to lose weight, improve energy levels and immunity, and go on a structured path towards lifetime optimum health.

David Holden has been in full time clinical practice in Auckland since 1986, making him one of the most experienced Natural Medicine practitioners in New Zealand. His journey to Wellness, Health & Healing started with conventional scientific training as a Microbiologist & Biochemist for the National Health Institute in Wellington in the late 1970’s and early 1980’s.

David then decided on a major career change in 1984 and moved and studied for 12 years in various tertiary institutions in 3 countries (NZ, Australia & USA) gaining 5 recognised qualifications in Natural Medicine and Natural Therapies. He now integrates all his combined knowledge into his clinical practice in Auckland where he set up New Dimensions Healing Centre in Mt Eden 1986, then moved to the North Shore and set up Osiris Health Centre in 1996. At the start of 2015, David established Holden Healthcare Ltd, a practice independently operated from Global Health Clinics and still located in Takapuna at 7 Anzac Street.

David Holden has played a prominent role in bringing new health & healing technologies to NZ from Australia, the EU and the USA. He helped form the NZ Charter of Health Practitioners in 1993-4 with 11 others, which has blossomed to become one of the largest associations of Natural Therapists in the world.

David also helped form the NZ Natural Medicine Association (www.nznma.com) the same year and then the International Research into Iridology & Sclerology Association in 1999. He also founded an International School, the Institute of Applied Iridology & Sclerology, teaching classes on both sides of the Tasman for 14 years, reluctantly closing it in 2004 due to the increasing pressures of a busy Auckland clinical practice and fatherhood.

As one of the Wellness Health Sectors more colourful characters David enjoys a wide range of hobbies enjoying NZ’s outdoor lifestyle with his son and partner. He is keen on water sports and Yoga practice and Spiritual philosophy as well as wide interests in cutting edge Science, Art and Technology. He also enjoys photography, foreign cultures and traveling to exotic interesting destinations around the globe when his work allows time off.

Make an appointment with David Holden 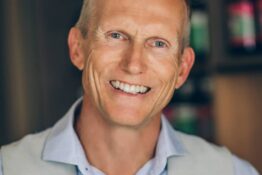 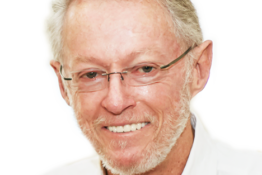 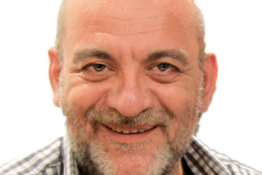