View cart “Kaivalya – Meditation Sheet” has been added to your cart.
Sale! 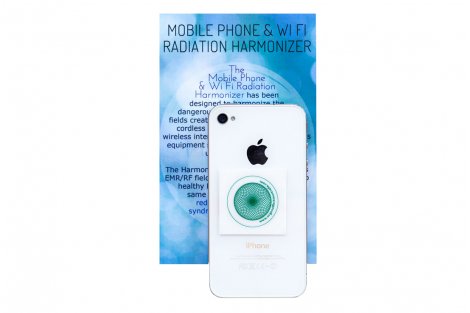 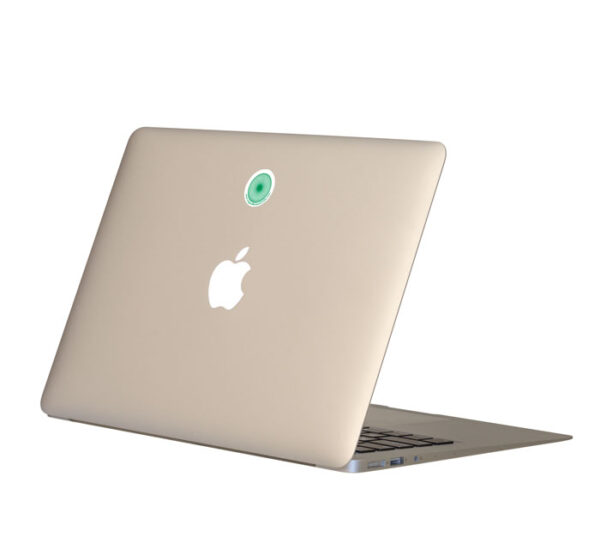 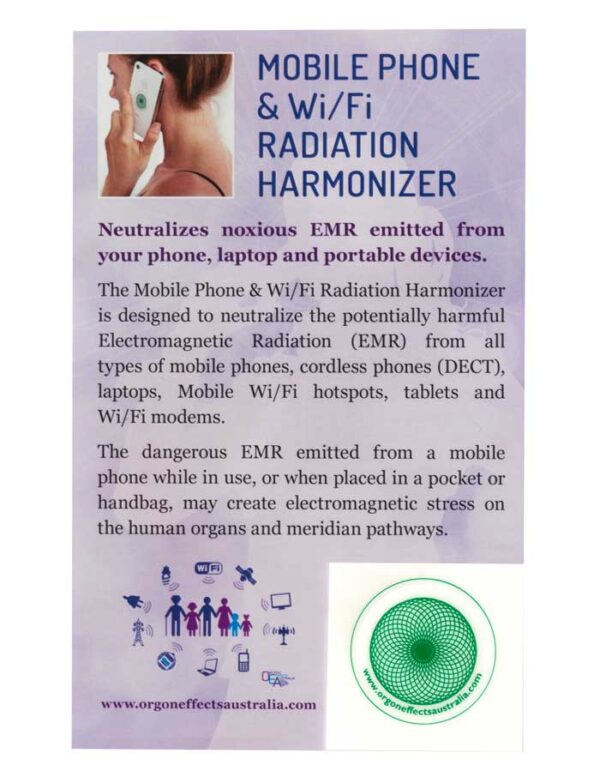 Do you feel sick, dizzy or have a hot head while using your mobile phone?

All types of mobile phones and Wi-Fi enabled devices radiate a harmful positive charge energy field around the device itself.

The noxious radiation emitted from a mobile phone while in use, or when placed in a pocket or handbag, may create electromagnetic stress and interfere with cells, the vital life-energy of human organs and meridian channels.

In addition, our Mobile Phone Radiation Harmonizer is unique in its ability to potentially provide further EMF protection from the effects of other EMR fields i.e. Earth Radiation (Geopathic Stress) and Bioplasmic Radiation (Human Generated).

Noxious energy emitting from a mobile phone causes ‘Hot Head’ syndrome when talking for a prolonged period.  The most frequent complimentary feedback our customers give us, is the relief from the discomfort they used to experience while talking on their mobile phone to their ear for an extended period.

Tested and proven for effectiveness by Accredited Kinesiologists and Bioresonance practitioners worldwide.

Kinesiology Testimonial:
“I have been using products from Orgone Effects Australia for almost 10 years and have found them to be highly effective.  A number of years ago I became concerned about getting a “hot-ear” from my mobile phone.  After reading and researching the growing scientific evidence that radiation from mobile phones can cause brain tumors, my concern was confirmed when one of my clients at the time, a senior Neurosurgeon at an Australian hospital, told me that he had been extensively researching the effects of radiation from mobile phones over a long period, and had found a causative link to brain tumors and cancer.  This Neurosurgeon had written and published articles on the subject.

I then researched and bought various products which didn’t seem to make any difference.  I eventually came across the Orgone Effects website and I bought the mobile phone radiation protector.  No more hot-ear!  It worked brilliantly.”
P. Ferguson

Our Harmonizer is flexible and universal in its use, meaning it can be used on all devices including those with compound curves i.e. DECT/cordless phone.

Application Directions:
The Mobile Phone Harmonizer has a strong self-adhesive backing so it can be adhered to the back of the mobile phone or onto any other portable wireless device.

Alternatively, as our Mobile Phone Harmonizer will last forever, it will fit neatly under the battery or phone protective cover so it is easily transferable from one phone to another, as you upgrade your phone technology.